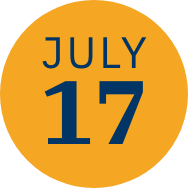 Due to rain that is forecast to continue through the entire weekend, The John Scofield Trio will be moved indoors to Enlow Hall on Saturday.

Aside from being one of the principal innovators of modern jazz guitar, John Scofield is a creative artist of an even rarer sort: a stylistic chameleon who has forged a consistent, rock-solid aesthetic identity. A triple Grammy award-winning artist with more than 40 recordings to his credit, Scofield has expressed himself in the vernacular of bebop, blues, jazz-funk, organ jazz, acoustic chamber jazz, electronically tinged groove music, jam-band style and orchestral ensembles with ease and enthusiasm.

Scofield is one of the most prolific and admired jazz musicians of his generation.

Affectionately called, Yankee Go Home, Scofield’s latest project covers Americana/Rock hits and jazzed-out folk songs, with a few original tunes in the roots/rock/jazz vein. “I’m reconnecting with a lot of my teenaged Rock ‘n Roll roots – naturally colored by my 50 years of Jazz practices,” Scofield says, “For me this is a play on we “Yankees” taking up the music of our homeland.” He’s been working on reinterpretations of music from Leonard Bernstein to Neil Young, Buddy Holly to Stevie Wonder, and the Grateful Dead.

“My main focus in guitar playing has always centered around being part of a group, exploring the music that happens when musicians listen to each other and improvise together. Quite frankly, until now, I’ve avoided playing solo concerts and, before starting this endeavor, had done only one solo performance in public since I was a child. I still have occasional nightmares about playing Greensleeves for my sixth-grade class!  It gets pretty lonely up there by yourself, and I hadn’t considered solo guitar as the perfect platform for improvising. Not to mention that I’m no Segovia either! All that said, after playing guitar for 56 years, I’m finally interested in going it alone and exploring the possibilities. It’s taken me decades to realize that I’ve been playing unaccompanied guitar at home or in hotel rooms every day since 1962! I’ve put a lot of thought in lately to how I can present an evening of solo guitar that represents my passions and sensibilities. My idea is to keep it song-based, playing jazz, country and rock tunes that I love as well as some of my original compositions. I plan to employ my Looper pedal occasionally when I want to play over myself. I’ve been preparing for nearly a year, working my brain in new directions while looking forward to these shows with excitement and a small bit of trepidation. I hope you enjoy being on this journey with me.”

Due to inclement weather, this show has been moved indoors, same date and time.