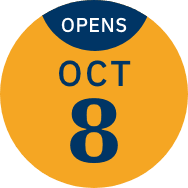 A modern romantic comedy about a marriage and a dog. Meet Greg and Kate, who have moved to Manhattan after twenty-two years of child-raising in the suburbs. When Greg brings home a dog he found in the park bearing only “Sylvia” on her name tag, he jeopardizes his marriage. Through a series of hilarious and touching complications, will Greg and Kate learn to compromise?

“Dramatic literature is stuffed with memorable love scenes, but none is as immediately delicious and dizzy as the one that begins the redeeming affair in A.R. Gurney’s new comedy, Sylvia…” —NY Times.

“Gurney’s mad comedy is the most endearing good time to trot down the pike in many a moon. Howlingly funny…” —BackStage.