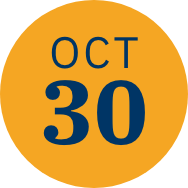 This show will be ASL interpreted. Masks are required, regardless of vaccination status.

Our greatest actors transport us through the magic of fiction — one short story at a time.

Ray Bradbury (1920 – 2012) inspired generations of readers to dream, think, and create in a career spanning more than seventy years. A prolific author of hundreds of short stories and close to fifty books, as well as numerous poems, essays, operas, plays, teleplays, and screenplays, Bradbury was one of the most celebrated writers of our time. His groundbreaking works include Fahrenheit 451, The Martian Chronicles, The Illustrated Man, Dandelion Wine, and Something Wicked This Way Comes. He wrote the screenplay for John Huston’s classic film adaptation of Moby Dick and was nominated for an Academy Award. He adapted sixty-five of his stories for television’s The Ray Bradbury Theater and won an Emmy for his teleplay of The Halloween Tree. Bradbury was the recipient of the 2000 National Book Foundation Medal for Distinguished Contribution to American Letters, the 2004 National Medal of Arts, and the 2007 Pulitzer Prize Special Citation, among many honors.

Robertson Davies (1913 – 1995) was considered one of Canada’s premier men of letters by virtue of his fiction, journalism, and essays on topics relating to literature and theater. Davies trained for a career on the stage with London’s prestigious Old Vic Company. During World War II, he returned to his native Canada and became known for his novels of Canadian manners, including The Salterton Trilogy, The Deptford Trilogy, and The Cornish Trilogy.

Sonia Manzano is a groundbreaking Latina educator, executive television producer, and award-winning children’s book author. A first-generation mainland Puerto Rican, she has affected the lives of millions of parents and children since the early 1970s, when she created the part of Maria on Sesame Street, for which she received an Emmy Lifetime Achievement Award in 2016. Manzano has also received 15 Emmys for writing, the Congressional Hispanic Caucus Award, and the Hispanic Heritage Award for Education. Her critically acclaimed children’s books include A World Together, No Dogs Allowed!, A Box Full of Kittens, Miracle on 133rd Street, The Revolution of Evelyn Serrano, and the memoir Becoming Maria: Love and Chaos in the South Bronx. She created an animated series for PBS entitled Alma’s Way. Her forthcoming novel, Coming Up Cuban, will be released by Scholastic in 2022.

Boyd Gaines is a four-time Tony Award-winning actor for his roles in The Heidi Chronicles, She Loves Me, Contact, and the 2008 revival of Gypsy. Additional Broadway credits include Cabaret, Twelve Angry Men, Journey’s End (Tony nomination), Pygmalion, Driving Miss Daisy, and An Enemy of the People. He has also appeared in numerous films, including Fame; Porky’s; The Sure Thing; I’m Not Rappaport; Lovely By Surprise; No Pay, Nudity; The Independents; and The Goldfinch. His television credits include One Day at a Time, L.A. Law, Fraser, The Good Wife, and American Odyssey. Gaines can currently be seen in the mini-series The Bite.

Anthony Rapp was an original cast member in Jonathan Larson’s Tony Award-winning rock opera Rent, and later reprised the role in the 2005 film version and the 2009 Broadway Tour. Additional Broadway credits include You’re a Good Man, Charlie Brown; John Guare’s Six Degrees of Separation; and most recently, If/Then. He is also the author of the memoir Without You, which he adapted into a one-person show that toured the United States and London, England, in 2012. His film and television credits include Adventures in Babysitting, School Ties, Dazed and Confused, A Beautiful Mind, The Knick, The Good Fight, 13 Reasons Why, Equal, and Star Trek: Discovery.

This show will be ASL interpreted. Masks are required, regardless of vaccination status.