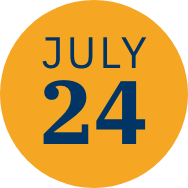 Born and raised in L.A., but a diehard New Yorker for the past five years, 28-year-old Michael Mayo finished work on his debut solo album Bones, on the Artistry Music/Mack Avenue Music Group, just before COVID hit. The tracks were cut live with his band — keyboardist Andrew Freedman, bassist Nick Campbell and drummer Robin Baytas, all of whom he’s played with since high school or college — at Figure8 Recordings in Brooklyn.

Eli Wolf, a veteran Grammy®-winning producer of albums by Al Green, Norah Jones and The Roots, did the honors behind the board. “Being from L.A., I really know how to chill, but coming to New York has really kicked me into gear,” says Mayo.

The son of “first-call” session and touring musicians, Michael’s dad Scott Mayo was a saxophonist for Earth, Wind & Fire, among many others, and is currently the musical director for Sergio Mendes, while his mom Valerie Pinkston, now a back-up vocalist for Diana Ross, also sang with Beyoncé, Luther Vandross, Ray Charles, Whitney Houston and even alt icon Morrissey.

Bones is Mayo’s first full-length album under his own name after studying at the prestigious New England Conservatory of Music and the Thelonious Monk Institute — now named after Herbie Hancock, who mentored Mayo, helping him discover the link between sound and technology through a looper pedal, and showcased him as a featured vocalist on a tour of South America in 2018.

“Self-transparency is important to me, not trying to placate the expectations of other people,” he says of his genre-defying, highly personal debut. “I wanted to find the things that resonated musically with me, working with people who can bring that vision to life.”

A voice nature only bestows on a precious few – pitch-perfect, moving, the works.

Like Bobby McFerrin, one of his major influences (who was a graduate of the same L.A. performing arts high school), Mayo approaches his voice as a musical instrument, but in often unexpected ways — with Brian Wilson-style pop harmonies (“Robot Man”), Stevie Wonder R&B (“Another Love”), drum and bass (“What’s My Name,” inspired by a line from poet e.e. cummings’ “Crepuscule”) and even hip-hop (“About Your Love”). Even with his classical training, Mayo’s music is a seamless blend of alternative and neo-soul elements, a unique combination that defies genre.

“I listened to Pet Sounds a lot in college,” he admits, also pointing to Brandy as an early favorite. “But I also grew up on A Tribe Called Quest, the Fugees, Busta Rhymes, Biggie Smalls and J Dilla. I love his beats so much. It feels like home. They all seem inherently connected. I like connecting all these different genres. Why not mix them all together and see what happens?”

Bones takes its musical cue not from skeletal remains as much as the foundation of a house, providing a firm base for Mayo’s flights to higher ground.  Each of the songs represents a learning experience for Mayo, the building blocks — the titular “bones” that made him the person he is today.

The autobiographical “20/20” and video offer a look at instances in his life where he “woulda/coulda/shoulda” done things differently, while “The Way” touches on his own insecurity about expressing an attraction to someone “without being disrespectful.” “You and You” literally splits Mayo in two for the accompanying visual, as he learns to love himself before he can commit to anyone else, before insisting a “solo journey is another way you can be.”

Juxtaposing wordless chants with incisive lyrics, Mayo underlines how music itself can provide emotions that transcend literal meaning. “Stolen Moments” sports a single verse, “I don’t want to go. It’s only stolen moments…” surrounded by a wall of 250 vocal parts layered together with a looper pedal into a magical whole. The song was recorded — ironically considering the album’s themes of liberation — “in the closet” of Mayo’s new apartment after moving to New York.

“I’ve known since I was a toddler that I wanted to be a singer and tour the world,” says Mayo. “I thought my parents’ job was amazing and something I could do. In the end, though, session work didn’t fill me with the kind of satisfaction that creating my own music does, being able to share a more personal statement, rather than support someone else’s vision.”

Part of the process of making Bones involved Mayo admitting to his own bisexuality, accepting that other “You.”

“In many ways, this album was a letter to myself,” he confesses. “I was in the closet for years, lying about who I truly was and felt. This album affirms you can live authentically and not be afraid to express it. Bisexuality is still not taken seriously by a lot of the LGBTQ community. I had no black bisexual role models growing up, so maybe I can be that person for someone now. The eventual goal is to not have to come out, for everyone to just coexist with our differences.”

There are several notable dualities in Bones: the juxtaposition of a cappella vocals and electronic effects, the “You and You” of bisexuality, the interplay of words and sounds, the tug between R&B, neo-soul and jazz, the spontaneity of improvisation set against the dictates of classical structure.

“Technology plays a huge role in what I do,” says Mayo.  “I’m just really excited about finding new sounds and using them in a musical way.”

A true Renaissance artist, Mayo has taught himself four languages — English, French, Portuguese and Spanish — and is starting to learn Japanese. He is also an avid Twitch player (“It combines my two favorite things: music and video games”), performs in a band called Shrek Is Love, devoted to original songs about the beloved animated character, and actively supports Save Our Stages, designed to aid indie clubs and venues whose survival has been threatened by the pandemic. During the lockdown, Mayo also started giving students vocal, “improvisational ear” lessons and mentoring advice via Zoom, helping singers “find their way.”

“From childhood, I’ve always associated music with love and truth,” he says. That connection comes full circle in “Hold On,” the final song on Bones, featuring his mom, who wrote the lyrics and sings on the first half, and his dad, who provides background vocals. “Her lyrics basically tell me the world is a scary place, but to keep my head up because there are people around who love me,” says Mayo. “I always knew I wanted my parents on this album.”

With Bones, that number of admirers is likely to increase, as Michael Mayo turns the ideas in his head into a full-fledged sonic universe that reflects an upbringing surrounded by music and the freedom he has fought so hard to achieve in his work and life.

“For me, the goal has always been to make music, travel the world and meet interesting people,” says Mayo. “Living a passionate life.”