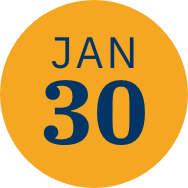 The Branford Marsalis Quartet expands its range and creativity on a new album.

The Secret Between the Shadow and the Soul finds the celebrated ensemble at a new peak, addressing a kaleidoscope of moods with inspiration and group commitment.

The quartet that saxophonist Branford Marsalis has led for the past three decades has always been a model of daring, no-apologies artistry, of ever-widening musical horizons and deepening collective identity.

With like-minded support from pianist Joey Calderazzo and bassist Eric Revis, drummer Justin Faulkner, the band has long been a model of how to sustain and enlarge a musical outlook that is both historically and stylistically inclusive.
Successive recordings have revealed new plateaus, and The Secret Between the Shadow and the Soul, the band’s first since 2016’s acclaimed Upward Spiral with guest Kurt Elling and first pure quartet effort since 2012’s Four MFs Playin’ Tunes, captures a new emphasis on both how to express and how to document the music.

…the album is a knockout: hard-nosed and hyperacute, tradition-minded but ­modern, defined by the high-wire grace of his working band.

“Working with Kurt for a year and a half took me back to what I learned in hindsight from my gig with Sting,” Marsalis explains. “Working with a singer changes you in ways you don’t realize. When I started playing jazz after my background in R&B, all the possibilities I discovered led me to play solos that went on and on. Sting said, `No, you’ve got 45 seconds,’ which did more than just cause me to edit. It taught me to focus on the melodies, to get to the point.” The gigs that followed Upward Spiral had a similar effect on the rest of the quartet. “The guys in the band hadn’t been in that position for a long time, either, and it totally changed how we play. We became tighter because it was more about what we could do to support.” As a result, Marsalis realized that he could no longer be satisfied with the creative tension sparked when new material was confronted in the recording studio. “I still like the idea of having everyone bring in whatever they want to bring in when it’s time to record and seeing what we can develop,” he admits, “but we couldn’t just take the `jam session’ approach to record anymore. We had to go out and work the music.”

So after an initial get-acquainted week of gigs and studio work at the Ellis Marsalis Center in New Orleans in October 2017, the band hit the road, probing and absorbing the new material as it toured the world. “In June,” says Marsalis, “when we had five days off in Melbourne, I asked the guys if they wanted to have fun or to work. We were ready to deal with the music.” In the Alexander Theatre at Monash University in Clayton, Australia, the band documented the seven latest additions to its already prodigious repertoire.

The result is as complete a picture as one can assemble of the Marsalis Quartet within the confines of an hour.