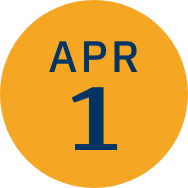 Ali Stroker won the 2019 Tony Award for Best Featured Actress in a Musical for her role as ‘Ado Annie’ in Rodgers and Hammerstein’s Oklahoma! She’s a series regular in the Netflix series, Echoes, and she recently starred in the Lifetime holiday film, Christmas Ever After. She made history as the first actor in a wheelchair to appear on Broadway in Deaf West’s acclaimed 2015 revival of Spring Awakening. Ali recurred in the final season of Netflix’s Ozark and is in her second season recurring in Hulu’s Only Murders in the Building. She co-wrote the 2021 novel, The Chance to Fly, and she wrote the 2022 children’s book, Ali and the Sea Stars. This past summer, she was featured as ‘Lady Anne’ in the Shakespeare in the Park production of Richard III. She’s performed her cabaret act at New York’s Green Room 42 and solo’ed at the Kennedy Center in Washington, DC, New York’s Town Hall, Lincoln Center for the Performing Arts and Carnegie Hall. Her mission to improve the lives of others through the arts is captured in her motto: “Turning Your Limitations Into Your Opportunities.”