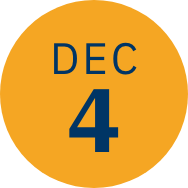 The program will feature the oratorio The Chariot Jubilee by R. Nathaniel Dett for Tenor soloist, choir, and orchestra, as well as other choral works. R. Nathaniel Dett (1882-1943) was a Black Canadian-American composer known for composing in the 19th-century Romantic style and incorporating African-American folk songs and spirituals into his compositions. Dett’s The Chariot Jubilee is based on the spiritual Swing Low, Sweet Chariot. The piece was lost for decades after its initial performance in 1921 but has recently been reorchestrated for chamber orchestra by Dr. Jason Max Ferdinand and is experiencing renewed interest and performance.